Twelve stencils of human hands and two images of large animals that were discovered in a limestone cave on the Indonesian island of Sulawesi in the 1950s have been subjected to uranium-thorium dating. The tests revealed that one of the stencils is at least 40,000 years old, and an image of a babirusa, drawn with what look like brush strokes, is at least 35,400 years old. These dates make the Indonesian art at least as old, if not older, than similar Ice Age art found in European caves. 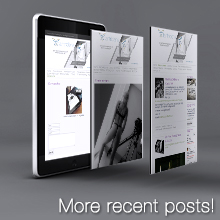