His career, which began in 1959, has specialized in examining the underside of society, and his photographs have depicted the unemployed, downtrodden and the impoverished.

“I have been manipulated, and I have in turn manipulated others, by recording their response to suffering and misery. So there is guilt in every direction: guilt because I don’t practise religion, guilt because I was able to walk away, while this man was dying of starvation or being murdered by another man with a gun. And I am tired of guilt, tired of saying to myself: “I didn’t kill that man on that photograph, I didn’t starve that child.” That’s why I want to photograph landscapes and flowers. I am sentencing myself to peace.” 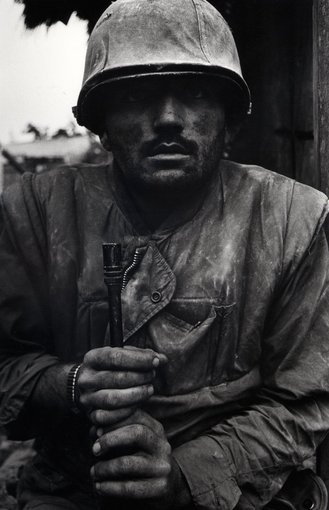